Taking Care of Our Own

Taking Care of Our Own

Members of the United States military make tremendous sacrifices to courageously serve our country during times of war and natural disaster. They put their lives on the line during extended tours of duty, and many service members forgo a college education, family life and civilian career to serve in the military. However, when the war is over, some of these heroes have little or nothing when they return home. 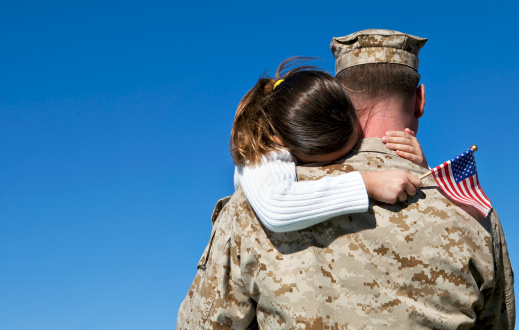 With the Iraq war officially over and the Afghanistan war winding down, more than 100,000 veterans will return home in the coming months; however, where these veterans will call home has raised concerns after a 2011 report from the Center for American Progress (CAP) brought the issue of veteran homelessness to the forefront of public and government awareness. The CAP report that found many of our country’s greatest heroes now live on American streets. Their findings show that nearly one in seven homeless people previously served in the military, and the report projects that more than 1.5 million veterans are currently at risk of becoming homeless in the near future. The National Coalition for Homeless Veterans (NCHV) found that more than 300,000 veterans live on the streets or in a shelter on any given night. NCHV also reports that veterans are twice as likely as other Americans to become chronically homeless, which raises questions about how and why these heroes fall through the cracks.

The Appalachian Regional Coalition on Homelessness (ARCH) received a $1 million grant from the U.S. Department of Veterans Affairs (VA) to help improve the homelessness rate among area veterans. The grant comes from the U.S. Department of Housing and Urban Development’s Supportive Housing Program (SHP) and focuses on providing permanent and affordable housing to homeless individuals. ARCH will work with People Inc. of Virginia and the Tennessee Valley Coalition to End Homelessness (TVCEH) to serve low-income veterans in the surrounding 36 counties. These agencies served a combined 1,260 homeless veterans in 2011. According to ARCH’s executive director, Dreama Shreve, the VA grant is a game changer in serving the area’s veterans.

TVCEH’s executive director, Melanie Cordell, has said that nearly 50,000 very low-income veterans who live in the organizations’ coverage area could qualify for this grant. “We are looking forward to working with our veterans to provide them with services and support necessary to stably house them and their families,” she said.

The agencies will provide area veterans with individualized case management services and access to a variety of social programs to help them rebound and get on track to a better life. Veterans and veterans’ spouses who apply for assistance through the grant program must have certification of a diagnosed disability and be chronically homeless, which is defined as continuously homeless for one year or having experienced homelessness four times in the last three years. 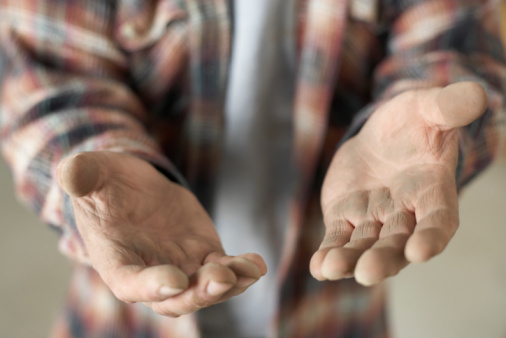 Treating the Causes of Veteran Homelessness

Veteran homelessness in America has many root causes. Cuts to defense spending and shoddy safety nets have allowed some of our country’s greatest heroes to fall through the cracks. Alleviating veteran homelessness requires a comprehensive approach to support services. Public initiatives can help position veterans for future success.

America’s youngest veterans face high unemployment rates that lead to increased poverty rates and homelessness. CAP’s report, based on unpublished 2011 Bureau of Labor Statistics (BLS) data, claims that 30.2 percent of veterans between 18 to 24 were unemployed, compared to 17.1 percent of the same civilian demographic.

Many veterans return home with just a high school diploma and no definable career skills. The CAP report also found that 57 percent of veterans did not know how to network to find a job. Access to continued education and job training can help veterans find quality employment opportunities that can lift them out of homelessness.

Poor health, substance abuse problems and disabilities can sometimes lead veterans to a dysfunctional life on the streets. The trauma of war can trigger mental illness and addiction. The VA reports that 45 percent of homeless veterans suffer from mental illness, including post-traumatic stress disorder, and that number continues to climb among veterans. Additionally, the VA reports that nearly 70 percent of homeless veterans suffer from substance abuse. Holistic health and wellness programs for veterans can help them cope with their disabilities, which they often sustain in combat, and treat or avoid substance abuse issues to discover a healthier and more productive lifestyle.

It is important to guarantee veterans have the proper safeguards in place to protect them against homelessness and other social injustices, including unemployment, poverty and illness. We ask a great deal from our servicemen and servicewomen when they go off to war. In many instances, they put their lives on hold when they go into battle. We must ensure they have a life when they return home.

King College has a reputation for academic excellence that goes beyond the classroom. Our online degree programs position graduates for an exceptional career or continued educational opportunities. More than 80 percent of King graduate survey respondents indicated they received admission to their first choice of graduate programs. Make an investment in your future with an online degree from King College.