“Everything begins with an idea.” Earl Nightingale

Great ideas spark new inventions, creations and businesses; however, they must be fueled by solid capital and willing investors to bring them to fruition in a competitive market. For would-be entrepreneurs, funding ideas can be a real nightmare, leaving many of those ideas left to dry. However, a grassroots fundraising website has revolutionized the entrepreneurial process, helping to kickstart creative business dreams for a new generation of innovators.

Kickstarter is a crowd funding website designed to power the entrepreneurial spirit of a new generation of creative people. Kickstarter was launched in spring 2009 and has since grown to fund more than 30,000 projects with nearly $350 million pledged by more than 2.5 million people. The site has helped launch a wide variety of creative projects, including music, films, games, art and technology by removing the financial barrier to the creative process. In nearly four years, Kickstarter has established a community that supports innovators and helps dreamers thrive. 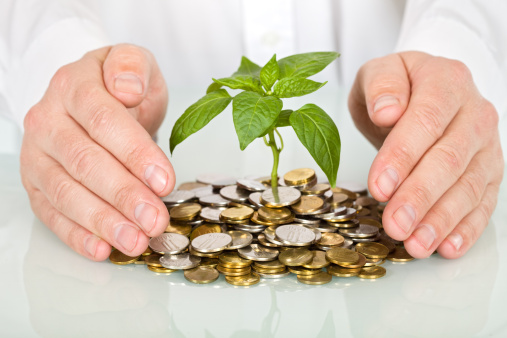 Kickstarter is a platform for ideas through which funding is funneled to an idea generator to get projects off the ground. Complete control of the project rests in the hands of the creator, who is ultimately in charge of the project’s success. Creators must build a project page, establish a marketing plan for page promotion and design rewards and incentives for supporters. Creators must also choose a target goal and deadline for their fundraising efforts prior to launching their project on the site to maximize the effectiveness of their Kickstarter project page.

Support often comes from a wide variety of people. Many people familiar with the Kickstarter platform browse the site for notable projects that speak to their interests. Much support for projects comes from friends and family of the project creator, but others might donate to receive the unique rewards given to backers of projects. Promotion of the Kickstarter project is essential to its overall success.

Funding for Kickstarter projects is based on an all-or-nothing concept. One hundred percent of the fundraising goal must be met by a predetermined deadline for the creator to receive donated funds. If the goal is not met, supporters are not charged for their donations. According to Kickstarter statistics, 44 percent of projects have reached their fundraising goals.

Kickstarter helps innovators fund a variety of ideas and projects. The site supports projects in the following categories:

Many notable projects have been funded through the site, including Academy Award-nominated documentaries, high profile art projects and chart topping music hits. However, some of the most memorable Kickstarter projects are found in the technology category.

Tiktok and Lunatik: These tech gadgets are the ultimate Kickstarter all-star, having raised more than 6,000 percent of the original funding goal in December 2010. Tiktok and Lunatik creator Scott Wilson aimed to transform the iPod Nano into a multi-touch watch through the use of watch straps and a container. More than 13,500 backers signed on to the project, raising nearly $1 million of seed money.

Form 1: Home desktop publishing has been taken to the next level with Form 1, a high-grade, 3D printer. A group of MIT media lab researchers wanted to put an affordable, high-resolution, 3D printer in the hands of consumers and decided that Kickstarter was the ideal funding outlet for their tech project. By October 2012, more than 2,000 backers donated nearly $3 million to surpass Form 1’s $100,000 goal.

Oculus Rift: Step into the game with Oculus Rift, a truly immersive virtual-reality headset for video games designed by a group of industry veterans. The headset offers gamers a wide field of view, high-resolution display and ultra-low latency head tracking, which puts you closer to the action. More than 9,500 backers donated nearly $2.5 million in September 2012 to fund this Best of E3 2012 nominee.

SmartThings: Your world is now in the palm of your hands with SmartThings, a Kickstarter project that raised more than $1.2 million from nearly 6,000 backers in September 2012. The SmartThings device allows users to install apps that connect the real world to their smart phone. For example, the Smart Doors app will automatically lock your home’s doors when you leave and unlock them upon your return. There are a variety of SmartThings apps that interact with your daily life to help keep you tuned in.

gTar: Everyone can be a rockstar with the gTar, a digital guitar that utilizes LEDs and a docked iPhone. Bundled with a library of songs, users monitor LED lights on the fret board to hold notes and chords. Users can progress through a variety of difficulty levels. The gTar raised over $350,000 from nearly 1,000 backers in June 2012 to surpass its $100,000 funding goal.

Kickstarter has revolutionized the entrepreneurial process, allowing more people to turn their ideas into reality.

King College has a reputation for academic excellence that goes beyond the classroom. Our online degree programs position graduates for an exceptional career or continued educational opportunities. More than 80 percent of King graduate survey respondents indicated they received admission to their first choice of graduate programs. Make an investment in your future with an online degree from King College.