“Based on a true story” is a popular and effective claim in the marketing realm. With the ever-growing popularity of the Broadway hit Hamilton: An American Musical and period dramas like The Crown, audiences have a new fondness for history. Of course, when it comes to popular media, historical references rarely tell the whole story.

Because history is not always audience-friendly and doesn’t usually follow a neat story arc, producers and other media professionals often take creative license. We’ll take a look at three pieces of historical media and discuss the various places in which they veer from historical accuracy.

This smash hit covers the interesting life of Alexander Hamilton, one of America’s founding fathers and co-author of The Federalist Papers. In the play, Vice President Aaron Burr kills Hamilton in a pistol duel during the year 1800, but in truth, the famous duel took place in 1804. The production suggests that the feud results from Hamilton’s endorsement of Thomas Jefferson for president; however, this instance was just one of the many factors that led to the fatal dispute.

The play also suggests that Angelica Schuyler is the eldest of three daughters and must marry into a wealthy family as a result. In reality, Philip Schuyler had 15 children, some of whom were male. Also, Angelica Schuyler was already married when she met Hamilton.

Finally, the play dramatizes Burr and Hamilton as lifelong rivals äóî occasional friends, but frequent enemies. While their paths did cross, there is no historical evidence that proves Burr was a prominent figure in Hamilton’s life. For example, during one scene in the play, Hamilton asks Burr for help writing The Federalist Papers: This is unlikely to have happened.

Though Hamilton is largely based on historical fact, writer and lead Lin-Manuel Miranda notes that the story took priority:

I felt an enormous responsibility to be as historically accurate as possible, while still telling the most dramatic story possible. And when I did part from the historical record or take dramatic license, I made sure I was able to defend it to [the show’s historical consultant], because I knew that I was going to have to defend it in the real world. None of those choices are made lightly.

James Cameron’s multi-Academy Award-winning film chronicles the first (and only) voyage of White Star Line vessel the R.M.S. Titanic through the perspective of fictional Rose DeWitt Bukater and Jack Dawson. In the film, characters mention that the ship is “unsinkable,” but in truth, the White Star Line never made that claim.

In addition, the movie leads audiences to believe that Pablo Picasso’s Les Demoiselles d’Avignon sank with the ship, when the painting still hangs in New York City’s Museum of Modern Art to this day. Other pieces such as Monet’s Water Lilies would not have sank with the Titanic either äóî they were never onboard. Finally, the film’s characterization of William Murdoch, Titanic’s first officer, has him commit suicide after murdering passengers who attempted to board lifeboats. In reality, according to the BBC, Murdoch saved many lives and died as a result. 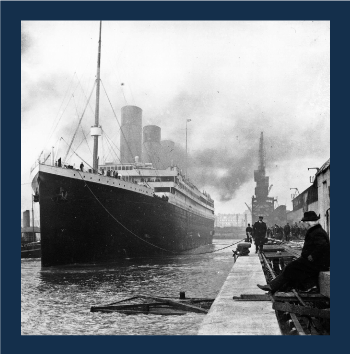 This animated classic follows Pocahontas, the daughter of the chief of the Powhatan Native American tribe. When white settlers arrive, Pocahontas finds herself caught in the middle between the man she loves, John Smith, and her people. This telling is full of historical inaccuracies.

In addition, the animated feature dramatizes a heroic rescue where Pocahontas saves Smith from execution. According to historians, this was most likely a ceremony of adoption, and Smith was never at risk. Instead, a person would be placed in a hostile situation but offered reprieve as a member of the tribe.

Finally, the film conveniently leaves out what happened to Pocahontas near the end of her life at age 21. Used as a bargaining chip for captive English settlers, Pocahontas was taken prisoner and never returned to her tribe. She went on to marry John Rolfe, become baptized, and adopt the name Rebecca. 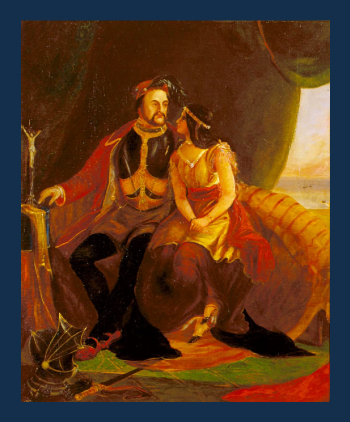 It’s clear from just these few examples that retellings of historical events often leave out important details or alter them completely. For those interested in learning the true stories behind famous historical events, earning an online Bachelor of Science in History is an ideal place to start.

King University’s undergraduate history program offers students the opportunity to learn about Western history, non-Western history, historical research, and more. It also satisfies the content requirement for students seeking secondary licensure in Tennessee. Learn more about what a history degree from King University can mean for you.