What’s the Difference Between a Computer Science & Information Technology Degree?

What’s the Difference Between a Computer Science & Information Technology Degree? 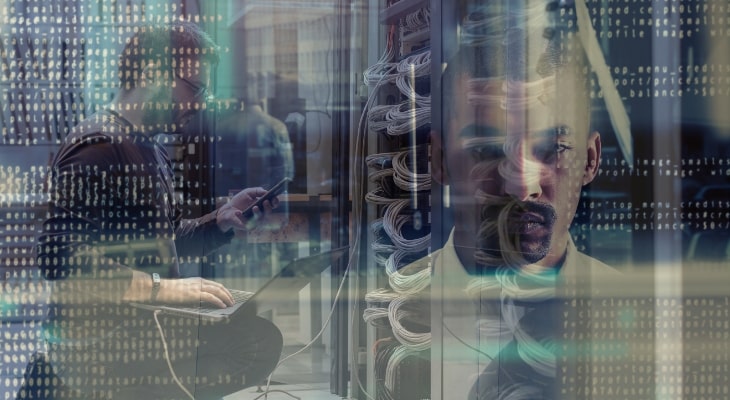 What’s the difference between a degree in computer science and a degree in information technology? Find out which degree can help you find the career you want.

To the layperson, computer science and information technology may seem like the same thing. In actuality, three fields are typically associated with the study of computers at the college level. Computer engineering, information technology and computer science are all disciplines within the same realm of study. However, each specialty focuses on specific aspects of the field, and careers within the three areas vary greatly.

Like Neo in The Matrix, computer scientists can see and make sense of code. Computer science students will learn the fundamentals of different programming languages, linear and discrete mathematics, and software design and development. Computer scientists study the machine itself and understand how and why various computer processes operate the way they do.

Computer science is a rapidly growing field and is expected to see large increases in employment opportunities. High salaries are generally associated with computer science careers. If you’re pursuing a computer science degree, the following career paths are open to you:

Pursue your career in technology today with King University. With year-round courses, a generous credit transfer policy, accelerated programs, and affordable tuition, you can discover how King can help you achieve your goals.

To put it bluntly, computer engineers make computer parts work together. Computer engineers are responsible for the research, design and development of computer equipment like circuit boards, microchips, routers, video cards, etc. Some universities may treat this discipline as an off-shoot of electrical engineering.

Computer engineering students will study concepts in computer science, engineering and mathematics. By combining these three fields, computer engineers are able to solve hardware problems and create state-of-the-art machines that can handle the many tasks computers perform.

Information technology (IT) may adopt the monikers information systems or systems administration. Essentially, IT professionals are the users of technology. IT utilizes existing operating systems, software and applications in tandem to create a larger system that solves a specific business problem. IT constructs a network from established building blocks to carry out a task, such as an automated supplies ordering service.

Due to the nature of the work, IT professionals are more likely to interact with clients and co-workers outside of their department. They may help explain to a client how to solve technology problems or work with executives and business owners to construct a technology plan that will meet their business needs.

IT students will study network and database design in depth, and receive an introduction to basic theory and applied mathematics. Successful IT candidates will possess strong critical thinking skills; IT professionals are tasked with resourcefully and cost-effectively applying the tools at their disposal.

At every level, from mom-and-pop shops to multinational corporations, businesses need IT. Over the next decade, career opportunities in IT are expected to grow faster than average. Depending on your level of education, a degree in IT can provide a comfortable paycheck.

It might help to imagine it like this: Computer engineers are architects and construction workers. They design and build a house. Computer scientists are the electricians, plumbers, and installation specialists who put lights, running water, and appliances in the house. IT professionals live in the house and use appliances effectively and efficiently for a desired effect. There is some overlap within these three fields. Essentially, they exist in subsections of the same discipline, performing complementary different tasks that fit together like a gear. Hopefully the distinctions between the three professional areas are now clear. If IT is where you want to be, King University can get you there. Earning your online Bachelor’s in Information Technology is the first step toward a high-paying, in-demand career.

All career and salary information is courtesy of the U.S. Bureau of Labor Statistics (BLS) unless otherwise stated. King University has a reputation for academic excellence that goes beyond the classroom. Our online degree programs position graduates for an exceptional career or continued educational opportunities. Make an investment in your future with an online degree from King University.

All career and salary information is courtesy of the U.S. Bureau of Labor Statistics (BLS) unless otherwise stated. King University has a reputation for academic excellence that goes beyond the classroom. Our online degree programs position graduates for an exceptional career or continued educational opportunities. More than 80 percent of King graduate survey respondents indicated they received admission to their first choice of graduate programs. Make an investment in your future with an online degree from King University.